Nick Haskins works as a full-time solo Dev for CG Cookie and a year later he launched Blender Market.

Welcome to The Ruby Blend! On today’s episode, we have special guest, Nick Haskins, who works as a full-time solo Dev for CG Cookie and a year later he launched Blender Market. Both sites were started on WordPress but eventually outgrew the platform. Without any prior experience with Ruby on Rails, he built both apps from scratch and spent the next few years fixing, learning, and maintaining those platforms. Today, he is going to tell us all about his book he recently published called, Playbook Thirty-nine. There’s an interesting story how he came up with the name. He also tells us about his new platform called Mavenseed. Also, Nick lets us know how it’s been traveling and living the nomadic lifestyle in an RV with his family. Download this episode now.
Sponsored by:
Panelists:
Guests:
Show Notes:
[00:01:32] Nick talks about his Ruby on Rails Playbook he just published called, Playbook Thirty-nine.

[00:02:35] Since Nick has been very entrepreneurial in his career as a solo developer, Nate is curious to know his experience with Blender, what led into building the WordPress plugins, and what made him decide to move off of WordPress into Ruby on Rails.


[00:04:47] Nick talks about what led him into being involved with Blender tutorials and making that available on WordPress, even though he’s not really a Blender himself.

[00:08:09] Where did the title of his book, “Playbook Thirty-nine” come from? He also gives us an elevator pitch of the book.

[00:11:45] Nick tells us how much in his book is technical topics versus how much is business oriented, and how does he see the distinction there. Andrew talks about the coolest parts of the book that he enjoyed.

[00:16:50] Nick is in the process of taking CG Cookie and creating a new platform called Mavenseed, and he tells us more about it.

[00:27:08] Since Nick is sticking close to jQuery and not introducing Webpacker, he tells us other places he recommends that people deviate from, like the “Rails Golden Path.”

[00:30:46] Andrew wants Nick to talk about how he came to the price point of his book, which is not just a book, because it provides sample materials and sample application.

[00:35:22] Nate wants to know what the workflow was like and what kinds of tools Nick used while writing the book. He also talks about his nomadic lifestyle, living in an RV, and if he’s enjoyed this new lifestyle with his family. Also, he tells us if COVID-19 has affected his living situation and where his favorite place to live has been so far.

[00:42:03] Andrew gives a s/o to Brittany Martin, who runs the Ruby on Rails Podcast on 5by5. She ends most of her shows by asking her guests a certain question, so Andrew uses her idea today and asks Nick to tell us what his thoughts are on the future of the Ruby on Rails communities.
Links Mentioned:
Credits:
Follow Us:
Special Guest: Nick Haskins. 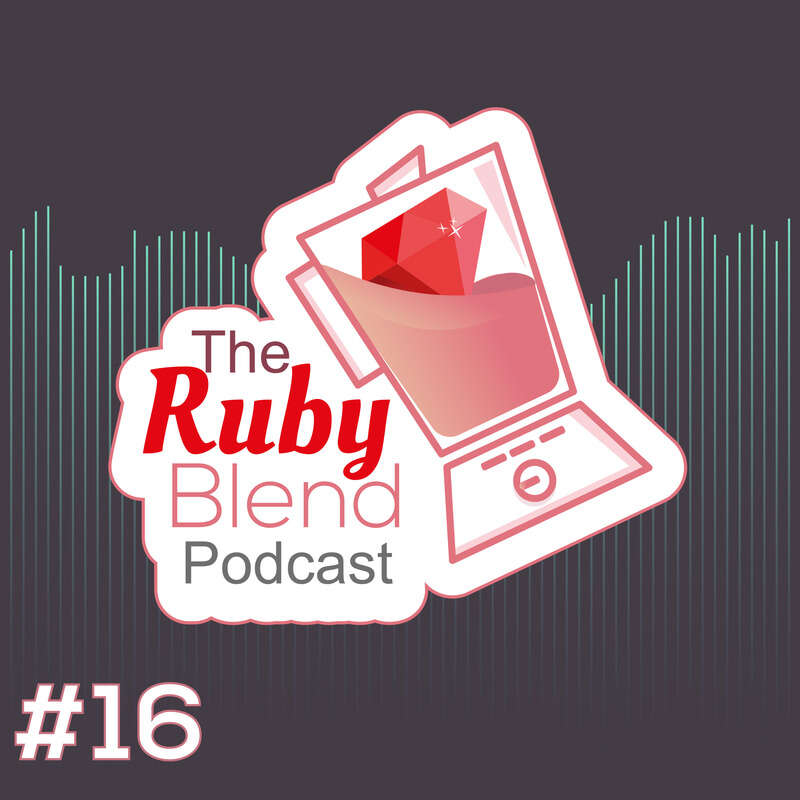